Last time, I left you with a cliffhanger.  I asked why does Jesus say that “blessed are those who don’t see and still believe?” It is not because evidence eliminates faith because Jesus provides more than enough evidence to Thomas and all the other disciples (and us as well).  So, why does he say it?  The reason why Jesus says that happy are those who do not see and yet believe is because relational evidence is more convincing than physical evidence.  So, in the midst of doubt, we must rejoice in the relationship.

This series has been about how to doubt your faith.  In part 1, I talked about the importance of learning how to doubt your faith.  In the second part, I encouraged you to recognize your doubts.  In the third part, I encouraged you to remain faithful in the midst of your doubts,  In the fourth part, I said we need to reconsider the evidence.  Today, I end by encouraging you to rejoice in a relationship with God in the midst of doubts.

Imagine you tried to prove to me that my wife, Laura, loves me. Maybe you would bring in people that she has talked to and about her love for me. That would be convincing.  In order to prove my wife loves me you might show evidence of tangible acts of love that she has performed like the dinner she made me, the love notes she wrote to me, or the receipts from gifts she has bought for me.  That would be pretty convincing.  In order to prove to me that Laura loves me you might even bring in pictures of the two of us and point to the smiles on our faces and the hugs we share as evidence for her love.  That might be convincing.

There all kinds of evidences for the truth of Christianity and I am happy to help you identify that information. Believe me.  I have worked hard to identify what evidence exists to answer every one of those questions from part 2 of the series.  But, at the end of the day you are blessed if you still believe because you have the much more convincing evidence of a relationship with Jesus.  The point is not that we should forget the evidence, but we should seek also seek the greater evidence of a personal relationship with Jesus. 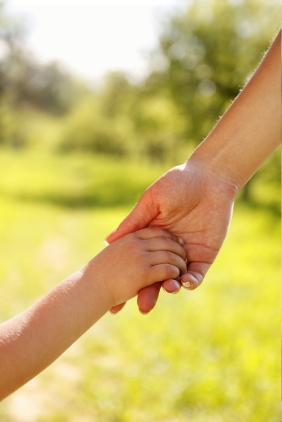 Tacked on to the end of this story is a statement that seems like an after-thought. However, we have to remember that the gospels were written to encourage people in their faith.  So, this story of Thomas was not recorded so everyone would remember about his doubt.  This story is written to give new life to us in our faith even if we struggle with doubt like Thomas did.  John ends this story this way in John 20:30-31:

Now Jesus did many other signs in the presence of the disciples, which are not written in this book; but these are written so that you may believe that Jesus is the Christ, the Son of God, and that by believing you may have life in his name.

Wouldn’t you love to know what those things are that Jesus did that are not on paper? But, John says that he is telling us the things he did put down on paper so that we would believe and by believing have life in Jesus.

Well, if you remember from the first post, I struggled to learn to swin.  I want you to know that I learned to swim. I can’t say that I am a great swimmer, but I can swim.  You know what, though?  I would not have learned to swim if my aunt, who was a swimmer herself, did not take the time to teach me and show me that swimming is possible.  And, as she did, I moved from doubting I could swim, to becoming a more confident swimmer.

I believe the church, the community of faith, should be just that: a group of swimmers teaching others how to swim.  We may be standing on the edge of our doubts, scared to take the plunge into the depth of our questions.  However, we have a God waiting there to catch us and a community of believers around us to encourage us along the way.

So, how do we doubt our faith? We recognize our doubts.  That is a key to knowing where we need to grow in our relationship with Christ. We also remain faithful.  Don’t run away at the whisper of every doubt, but stay in connection with God and other believers.  We reconsider the evidence.  Seek out the evidence that for the faith.  But the most important is to rejoice in a relationship with Jesus.  That is how to doubt your faith.

And, as we do, we experience new life in Christ as we learn how to doubt our faith.