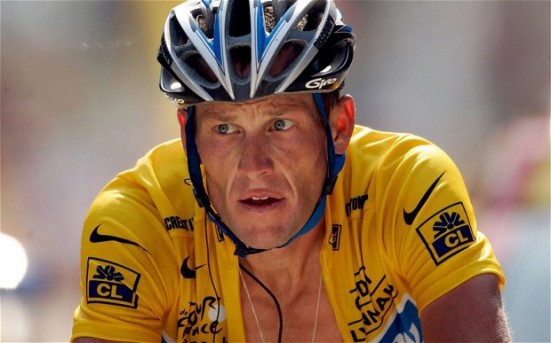 Life would be much easier if people were all good or all evil, wouldn’t it?  We could place people comfortably in one category or the other and respond to them accordingly.  In the wake of the controversy surrounding Lance Armstrong, I am reminded of just how messy people (all people; you and me included) truly are.

If you are unfamiliar, “Lance Armstrong gets dumped by Nike, a major sponsor, is stripped of his Tour de France titles for doping, and steps down from the chairmanship of his Livestrong Foundation”.  This same man who is caught in shame by the public eye has raised millions of dollars to fight cancer through his own activism in the form of the ubiquitous “yellow bracelets” of his organization Livestrong.  So, what do we make of Lance Armstrong?  It would be easy to dismiss him as evil or bad based on the fact that he cheated.  But, at the same time, this man has done an incredible amount of good to fight against cancer.  How are we to reconcile the presence of good and evil in one man?

In thinking of humanity, Francis Schaeffer used the phrase, “a glorious ruin.”  The idea is that human beings (all of us) are created good and in God’s image, with beauty and majesty.  However, that goodness has been ruined and marred by the fall of man.  Imagine the sculpture of Venus de Milo (the famous statue of a woman whose arms have eroded with time).  Though mangled by the years, the remnant intricacy and majesty of her form indicate the work of a talented and careful artist.  Through the ruin we can see a vestige of beauty hinting at her brilliant sculptor. The only way for the art to be restored is if the artist steps in to makes her new.

This truly is the biblical depiction of humanity.  Chapter 2 of Genesis closes with God’s contentment with Adam and Eve, which He Himself declared as “very good;” and yet chapter 3 opens with the story of their ruin.  And so, we are told that their story becomes our story as we inherit God’s image and sin’s ruin from generation to generation.  Jeremiah 17 speaks of the man who is blessed by the Lord as a tree planted by water (growing and flourishing), yet in the same breath he speaks of man as having a heart that is “deceitful and desperately sick” (17:9).  In Ephesians 2 we are called “God’s enemies” and “God’s workmanship” with an odd juxtaposition. In 1 Corinthians 15:49 we are compared to Adam (the man of dust) and Christ (the man of heaven) saying, “Just as we have borne the image of the man of dust, we shall also bear the image of the man of heaven.”

When thinking of humans whether Lance Armstrong, you or myself, a healthy dose of reality about our status as “glorious ruins” is essential.  For every person, no matter how evil, will have traces of God’s image and goodness abiding in them.  For every man, no matter how good, will fall short and will have traces of sin gnawing and nagging at their soul (until Christ’s return).  Not one person can be placed cleanly in good or evil categories.  Romans 3:23-24 reminds us that all cheat and fall short of God with the exception of Jesus Christ who extended grace to us purely by His gift.  So, whether you look in a mirror or hear a news story about someone like Lance Armstrong, I encourage you to extend that same grace to others and remember that all of us are a glorious ruin.