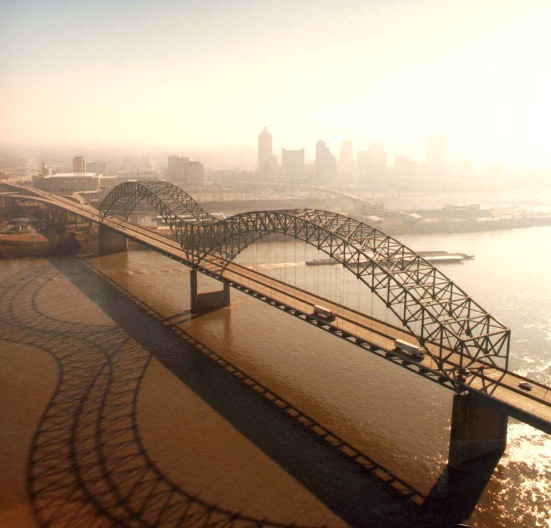 For over a decade, I have been wrong about love.

My journey began in college. No longer satisfied (and even disgusted) by the “feelings-based” definitions of love, I sought, read and processed with many friends trying to define the word love. Nothing has more characterized my preaching, teaching and ministry than what I believed to be a proper definition of that illusive word. Though I thought I caught it, I realize now that I had been wrong. Prior to today, my definition for love had been this: “to sacrifice yourself for the good of another.”

There are many advantages to this definition. First, it takes the focus off of an inward feeling alone. It is easy to see in this definition that you could theoretically love a person that you do not like. I think this is an advantage because we need to love people we don’t have fuzzy feelings toward in that given moment. For example, a mom who has to respond to her child who is screaming a temper-tantrum does not look at the intemperate child and say, “isn’t she precious?” But, she loves her child despite her feelings in that moment and there is something right about that. Second, this definition (to sacrifice yourself for the good of another) has a clear example in Jesus’ death on the cross which Christians consider to be the greatest act of love. In fact, I formulated this definition from reading Jesus’ statement from John 15:13 – “Greater love has no one than this; that he lay down his life for his friends.” Finally, this definition is good because it places the focus on the sacrifice demonstrating that love ought not be passive. And, it shouldn’t be. James tells us, “if you know the good you ought to do, but do not do it, you sin.” We must do good for others if it is in our power to do so. If anything is love, this is. Yet, my definition fell short.

All along, there was a very critical element missing in my definition.

Paul puts it like this (I use “the Message” to jar us out of the familiarity of the original English text):

1 If I speak with human eloquence and angelic ecstasy but don’t love, I’m nothing but the creaking of a rusty gate. 2If I speak God’s Word with power, revealing all his mysteries and making everything plain as day, and if I have faith that says to a mountain, “Jump,” and it jumps, but I don’t love, I’m nothing. 3-7If I give everything I own to the poor and even go to the stake to be burned as a martyr, but I don’t love, I’ve gotten nowhere. So, no matter what I say, what I believe, and what I do, I’m bankrupt without love.

There is much to learn from this potent section of Scripture, but there is something essential that Paul is driving at that my definition misses: love is different than action. The entire thrust of the passage is pushing that very issue. In my definition of love (to sacrifice yourself for the good of another), Paul’s statement about giving everything I own to the poor and being burned as a martyr (the epitome of sacrificing yourself) would count as love. But, Paul is saying that those very acts are worthless if done without love. So, love cannot be the acts (the sacrifice for the good of another person). The entire force of this passage is to show that love is something deeper and more special than action. To show how love is different than action, let me tell a story.

A tale of two soldiers: Once there were two young soldiers, each of whom married their high school sweethearts. Within the first year of their marriage each soldier deployed to war leaving their respective brides behind. While overseas, the soldiers were caught in a battle and both were injured. The first soldier was Steve. Steve was left without the ability to move from neck down. He spent months in a hospital far from home. While recovering in the hospital, he fell in love with a nurse, but due to his injury could not make any romantic advances toward her. Though the nurse never knew of his feelings, he longed to be with her in his heart. Over time the first soldier made a full recovery and returned home to a wife who loved him very much. He went back to doing all of the things he had done before leaving for war such as working, mowing the grass, and caring for the home. He even took his wife on dates and bought her expensive jewelry on special occasions. Though Steve gave his wife all that she desired and fulfilled every expectation of his marriage vows, his entire life he never stopped longing to be with the nurse he had met in the hospital. The second soldier was Roger, and he also lost the ability to move from the neck down and spent months in the same hospital and was treated by the same nurse. Yet, over his long months, he longed to be home with his wife. Unfortunately, the Roger was unable to recover and remained quadriplegic the rest of his days. Upon returning home from the hospital, his wife cared for him as he could not care for himself. She bathed him, fed him, and even cared for his bodily functions. Roger had a deep appreciation for his wife that he could only express through words and prayers and remained faithful in his heart toward her his entire life, but he could do nothing to fulfill the typical expectations of his marriage vows.

Who is the more loving husband?

A New Definition of Love

In the story we see how one husband “sacrificed himself for the good” of his wife. In my original definition of love, the first husband would be the more loving husband. On the other hand, the second husband could do virtually nothing for his wife, but have affection for her. In my original definition of love, it would be difficult to explain how the second husband could be considered “loving.” Asking the question “who is the more loving husband?” leaves us in a place where we know that it is the devotion of the heart on the part of the second husband, not the sacrifices of the first husband, that demonstrate true love.

So, what is the definition of love? Love is a character or virtue that desires and seeks the good of another. The shift is toward an inward disposition; in order for love to be love there must be an inward character that expresses itself in an outward sacrifice (not just mere sacrifice). So, in the story of the two soldiers, it is the character of devotion that defines true love. The tricky part is this: a heart that is inwardly “loving” (having that character or virtue of love, i.e. patient, kind, etc.), will always make outward decisions and sacrifices that are loving.

So, why not just focus on the outward expression of sacrifice? The focus must be on the inward character primarily for two reasons. First, to simply make the sacrifice is not enough because God looks at the heart/character of a person (1 Samuel 16:7). The Pharisees made sacrifices, but were “white-washed tombs” who “honored God with their lips, but had hearts far from” Him. In other words, their outward actions were divorced from their inward character. This was the case with the first soldier, Steve. He sacrificed for the good of his wife, but his heart was not committed to her. The definition must be on the heart for a second reason: you can love someone without having an opportunity to demonstrate that love through sacrifice. Paul expresses this in his letter to the Philippians. He is in jail and unable to come see them. Yet, he says that he has them in his heart (see Philippians 1 as a whole, but specifically vs. 7 & 8). You see this with parents as their child gets older. The most loving thing they can do is back off and let their child become and independent adult not leaning on the sacrifices of the parent. The disposition of their heart is for the good of their child; and what is good for them is to be independent adults who take responsibility for their own choices.

I do not say this, though, at the cost of the outward sacrifices. You will notice that the new definition, while taking the focus off of the sacrifices and placing it on the heart, does not let anyone off the hook from making sacrifices for the good. You cannot simply desire and not make sacrifices for the good when you have opportunity (James 4:17). When you do, it demonstrates that you desire something else (perhaps passivity) even more than you desire the good. May we have a heart/disposition of love toward everyone we meet because of God’s heart of love toward us.

One thought on “How Love Works”